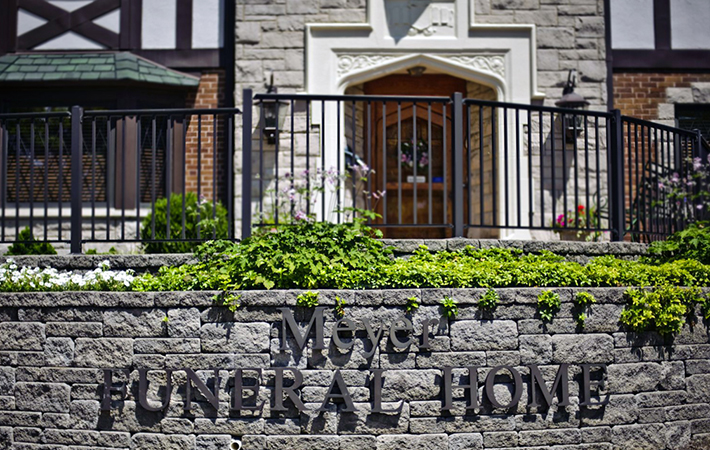 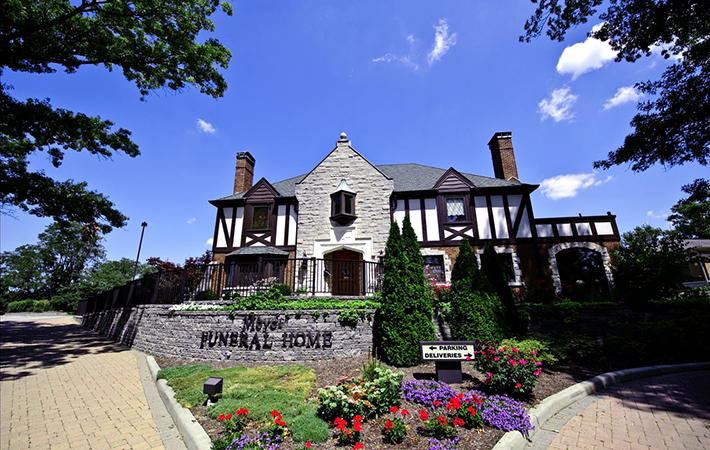 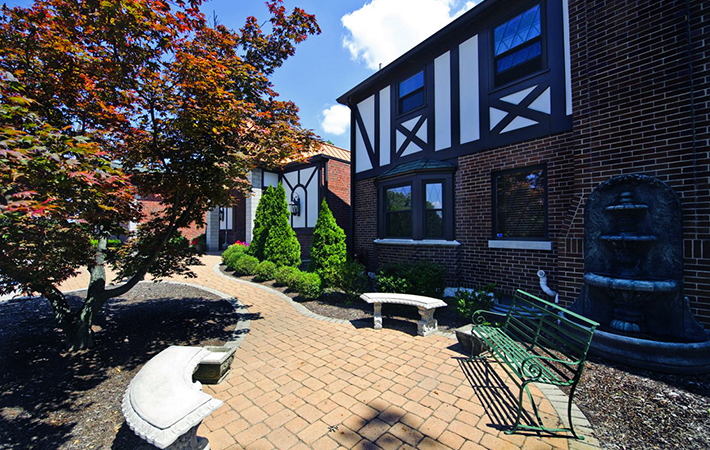 B.J. Meyer Sons Funeral Homes was founded in 1884 by Ben Meyer, located in East Price Hill at Chateau and Price Avenues doing business as Meyer’s Exchange and Livery Service. At that time the Meyer’s were boarding and trading horses, renting wagons and also built the horse drawn hearse.

In the early 1900’s Ben Meyer attended a two day seminar at the Sinton Hotel to acquire his Funeral Director and Embalmers license. The Meyer’s opened their first funeral home at 3747 Warsaw Avenue until 1923 when they purchased a bigger house across the street at 3726 Warsaw which was known as the Colonial Funeral Home.

In the year 1950 Vince and Gene Meyer purchased a house at 4841 Glenway Avenue, which is no longer in operation today as the Overlook Funeral Home. The Meyer Funeral Home has now expanded to include B.J. Meyer Sons (Bridgetown) Funeral Home, 5864 Bridgetown Road (east of St. Jude Church).

The new Bridgetown Funeral Home, an old English Tudor family residence, officially opened March 2, 2002 is being used as offices and arrangement rooms. Two new visitation rooms have been added to the rear of the existing residence. Parking is ample with 80 plus parking spaces.

The funeral homes today are under the guidance of Gregory A. Meyer, the fourth generation owner of the family business, who is striving to bring quality service and a high standard of policy to the community..

We offer a variety of cremation services to fit any need. We are a licensed crematory that is here on our grounds so your loved one never leaves our care. Many people do not know that a loved one can still be embalmed, have a traditional visitation and church service and be cremated after services. A family may wish for a cremation first with a visitation and service once the cremation is completed. There also may be no services and a cremation only, in any situation we are here and able to accommodate in any capacity required.

Every family is different and we are here to help you say goodbye to your loved one in any way you deem fit. We are able to have large items on display of your loved ones favorite activities, golf clubs, motorcycles, art work or any other personal items. We partner with a great company to make Blu Ray DVD slide shows and memorial cards. We have even had classic cars parked at the doors of our facility for a family’s guests to view. We are here to make the service for your loved special and unique in any way we can.

Why Choose Us
Here for you

With our over century of serving the community comes decades of experience. With that we are here to help guide families through these very difficult times with ease and peace of mind that their loved ones are properly taken care of and their wishes fulfilled. If needed we can be very involved in helping family members make decisions or step back if these decisions have already been made and agreed upon. No matter the situation, we are here for you.

The west side of Cincinnati has trusted us for over a century and with each family we meet we seek to continue earning that trust. We do this by presenting families with all of their available options available, providing professional and expert advice when needed and not pushing families towards services or items they do not require. We are here to provide funeral and cremation services, not sell high priced merchandise.

Here at B. J. Meyer Sons Funeral Home we treat every person who comes to our facility with the same dignity and respect as our own family. We are dedicated to a high standard of service, and a higher standard of care for those who have gone to eternal sleep.

Thank you so much for your help, your kindness and your professionalism from start to finish. Sincerely and gratefully.

The funeral directors were very helpful and knowledgeable, all who attended the services were impressed. Thank you very much.

I was very pleased with everything. Maggie didn’t know my mother personally but the service she had for her could not have been any more appropriate. Thank you.